Even more so than last year, this list was an excruciating exercise due to a glut of options rather than a shortage. 2008 was a great year for black music. I won’t even address the type of coonery that could make one feel otherwise because what’s the point in even giving that any mental energy when you can immerse yourself in so much exciting stuff?

I’m not ranking these. And as much as nOva might try to clown, I’m keeping the Honorable Mention section. Folks need to know about these records. I can sacrifice a little brevity for that purpose.

And now, the picks.

Skillz – (For Real) He Don’t Own Me
[purchase: Amazon]
Skillz has been my hero since the Superfriendz days and early album cuts with Dilla. But while he’s carved out an an enviable career touring, ghostwriting, dropping those yearly Rap-Up’s and being a quintessential emcee’s emcee, I wasn’t sure I’d ever get a bonified hit out of him, until he dropped this massive tune on The Million Dollar Backpack. The hook is pop craft at its finest, the beat is magma and Skillz wraps it all up with his signature wit and storytelling. This is the epic summer jam that too many folks missed out on. I’ll be picking this back up as soon as spring blooms next year.

Busta Rhymes – Don’t Touch Me (Throw Da Water On ‘Em)
[purchase: Amazon]
Busta’s personality has taken some belligerent turns in recent times but when he’s balancing his ignorant and gully side with fun he can still blast off with one of the illest deliveries in hip-hop. This joint came out of nowhere like a sucker punch to the throat. Text messages and emails all blowed up like “Son!! DID YOU HEAR THAT NEW BUSTA SHIT?!?” Bussa Bus gave us a little reminder of his old self, activated the third lung and had the clubs and radio back up into high BPM mode for a change. POWERFUL IMPAK! BOOM!!

Q-Tip – ManWomanBoogie feat. Amanda Diva
[purchase: Amazon | iTunes]
When this comes on, you can’t tell me that I’m not Prince Ken Swift. I mean, you might as well dance, gettin’ down Zulu, yes? This joint could have been on a Blackbyrds album right next to “Rock Creek Park”. And why is this bamma rhyming around the bass line though?!? Exponential increase in funk quotient with that maneuver. Abstract Poetic FTW! Give this man his props for being an ill emcee, please, not just a dude with a nice voice and a rack of hits. It’s The Renaissance y’all. So hard to choose a favorite cut off of that joint. 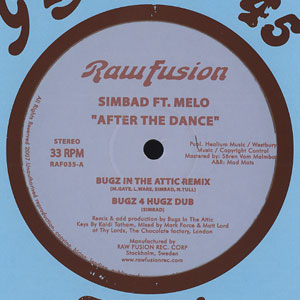 Simbad feat. Melo – After The Dance (Bugz in the Attic remix)
[listen/purchase: Bagpak | iTunes | Traxsource]
Bugz in the Attic remixes are generally epic. It’s like they’re trying to redefine music every time they touch someone else’s material. Who knows what Marvin would have thought of this cover but I don’t think anyone has ever done anything like this to any song in his catalog. Scandinavian soul man Melo keeps the loverman essence in the vocal while Bugz craft a jazz fusion band on a rocket ship backdrop for the track. The syncopation is so dizzying but satisfying. All the downbeats are upbeats. Monstrous tune. Now would also be a good time to recommend Melo’s full length debut Off My Chest. 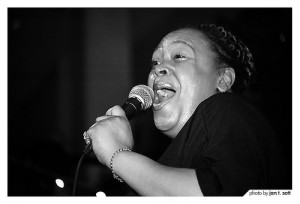 2000 Black feat. Lady Alma – Move Over
[listen/purchase (full album only): Dusty Groove | Juno ]
I’d been waiting a long time A Next Set A Rockers. It’s an obsession built from years of tracking down rare Kaidi Tatham and Dego 12-inches on GEMM. Several of these brain popping slices of wax made their way onto the album, its arrival announced by a smash choon called “So Right” which couldn’t have had a better title. But it was “Move Over” that ended up hogging entire tables worth of playlist space on my Last.fm page. Where Lady Alma usually belts out the jams and preserves her sweet voice for ballads, she coos all over this driving broken beat workout, balancing the frenetic production with a silky vocal. How much do I have to shout to the world that I deeply love this woman? 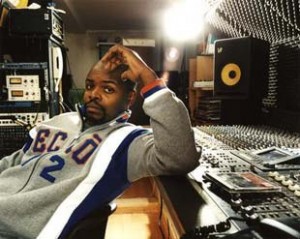 IG Culture – Girl U Need A Change Of Mind feat. Bilal Salaam
[listen/purchase (full album only): Dusty Groove | Juno]
Sneaky ass Bilal was just walking around DC all quiet like, not telling anyone he’d been recording with one of the Mt. Rushmore heads of future soul. IG’s Zen Badizm album is Japanese import only so some diligence is required to obtain it. But what a rewarding acquisition it is, crowned in my opinion by this slick cover of the Eddie Kendricks classic. This one never fails to draw curious folk to the DJ booth. Jamil had been slaying ’em at Marvin with this well before I finally caught on.

The Roots feat. Wale & Chrisette Michelle – Rising Up
[purchase: Amazon | iTunes ]
This jont GO HAAARD, young! Them Roots bammas off the muscle with that socket, joe. Got Wale representin’ the uhhrea. And the youngin Chrisette Michelle is fat to death too. Bammas is crankin’ for real.*

I can’t believe The Legendary didn’t get a Grammy nom for this. It’s straight murderation. Cats were on their “we’re baaaack!” shit, as if “75 Bars” and “Get Busy” didn’t drive that point home hard enough.

(*consult this resource for translation assistance.)

Foreign Exchange – House Of Cards
[purchase: Amazon | iTunes]
“Daykeeper” was the tune that hit us all right between the eyes but “House Of Cards” got under my skin. Muhsinah makes the chorus soar majestically with her particular brand of magic. And how insane is that bridge? AND this joint is in 7/8?!? Makes it feel like it’s galloping towards you before lift-off. 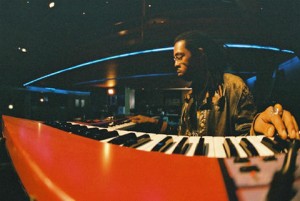 Pirahnahead – TimeLoveLIFE
[listen/purchase: Traxsource]
I’ve already raved about this tune but the praise is worth repeating. Campaigning for this song is like doing God’s work, it makes my soul feel like it’s going to burst with energy. The sentiments in the lyrics are particularly applicable to current events. Do yourself a favor and track down everything with the name Pirahnahead on it. It’s all deep, powerful and emotionally stirring music. Househeads rejoice. Detroit, holla! 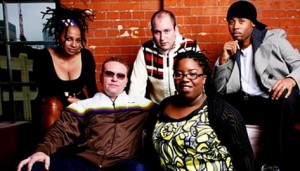 Reel People – Ordinary Man
[listen/purchase: Amazon | Traxsource]
I was stanning for this album SO HARD in ’08. It’s hot from end to end, which gave me lots of options to slip a tune from it into damn near every live gig and recorded mixset I did this year. It was the first recommendation off the top of my head to everyone who asked me for tips on interesting new music. For a stretch of about a month, it was all I listened to, and it still hasn’t gone out of heavy rotation. Folks wonder why I’m always bugging out about what the Brits are doing over yonder. This album is a perfect reason why. But how to choose just one song? “Alibi” started out as my favorite, with Darien crooning over a sexy latin scorcher. Then I got stuck on Omar’s “Out of Love”, one of the most danceable emotional laments I’ve ever heard. Ultimately, the funky retro synth pop of “Ordinary Man” won out. You’ve got to appreciate the work of Michael McDonald, Steely Dan, Rod Temperton and Greg Phillinganes to feel me on this.