It’s not categorized. I only mention albums in passing. It’s not even comprehensive. So much music is released that I can only fully assimilate a trickle of it. These are just eleven* joints I liked a lot, played a lot or both. But here’s where my expert concierge service comes in. Every track on this list will touch your soul in some way. Quality always wins over quantity. You can consult your favorite publications and blogs for those massive lists that attempt to be everything to everyone. Some of them are very good. This is just a small slice of 2011 music according to The Vibe Conductor. You can review past years if you’re curious. And now, the joints:

After I posted this, I was reminded that I left off a song I raved about in 2011. That’s because I created this list in hasty, sleep deprived fashion. This correction is a good thing mainly because I noticed that my 2011 list had fewer anthems that made me want to kick strangers in the chest. I’m not always in my subtle, soulful, sexy lane. While Nas isn’t saying anything profound on this track, he’s just saying it profoundly. And the beat is everything that’s good and just in hip-hop. I was never one of the whiners who wished Nasty Nas would return. I just resolved myself to not expecting much from him, but when he wildly exceeded those expectations I was paying attention again. Was a bit let down by the cliché video but it’s still a monster tune.

Thundercat – “For Love I Come”

Still a few years from 30, Steve “Thundercat” Bruner is shaking up the world of modern bass playing, excelling in roles as varied as Erykah Badu and Suicidal Tendencies while anchoring a unit of LA’s most forward thinking soulful music makers. Flying Lotus helped him craft The Golden Age Of Apocalypse, a love letter to jazz fusion and an open canvas of new textures. “Walking” gets the nod from most of the folks who turned me on to the record but this George Duke cover blows my wig back every time.

These three ladies conquered the world this year with only three songs. I was at a loss for words when I first heard “Supernatural”. Fortunately my man John Murph explains it much better.

I probably had the most visceral emotional reaction to this song than any other I’ve heard this year. I’m just so thankful that Pharoahe Monch is still so ridiculously ill. This song is the sonic definition of triumphant. 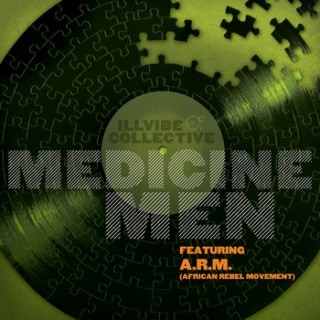 I remember when this was a quick snippet from a lil’dave beat tape. I played it like it was a released track. Then IllVibe finally dropped the album they’d long promised to make, and the finished version exceeded my expectations. African emcees are not just the future anymore, they’re the right now. Glad that IllVibe had the foresight to grab a few of my favorites for this much played cut.

I was thinking really hard on what a true grown man hip-hop record would sound like and could only think of a handful of albums that have fierce lyricism, musicality and mature themes that address adult concerns. Then Phonte dropped Charity Starts At Home and I felt like that album was created specifically for myself and my peers.

A Sucker For Pumps renewed my faith that hip-hop can exist that appeals to the sensibilities of my generation while formed from the aesthetics of the current one. I hope these cats lead the way. I caned the Yummy Bingham jam at every gig I’ve had since it dropped. Now I can drool over her cameo in the vid.

And thus I begin the black Brit section of this list. Anyone who knows me knows I’ve done some of my finest stannery over the years for cats from this scene, and Dego is a god of it. 4hero, DKD, Silhouette Brown, 2000Black, and finally his own solo project. I struggled with choosing one tune as the album is such a unified whole. You have to experience it that way.

A party demolition bomb. The scenes in the video are what I strive for whenever I get on the decks. Perfection. I can’t imagine what bacchanal madness this inspired at Carnival. It sure did smash Sol Power every time we dropped it.

After assaulting the dance with “Party Hard” for the last couple of years, I was intrigued when the R&B/UK Funky vocalist dropped this soul stirring anthem on the venerable Strictly Rhythm label. It’s a nice spiritual balance to the club persona in his mainstream music. Sean Mccabe’s remix is embedded here but I’m most partial to the original.

A profoundly sexy song. Stuck on repeat for me this year beyond the point that can be defined as obsessive. Mark’s club mix just takes it to another place, as if it were possible to increase the seduction factor. Nia Andrews says yes, it is.