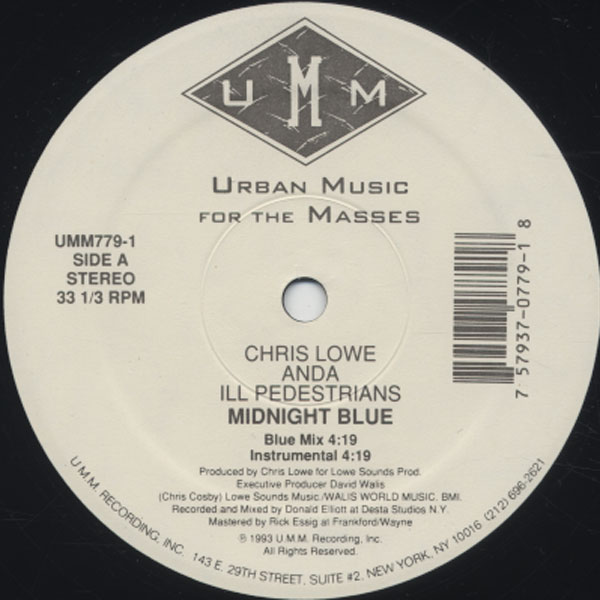 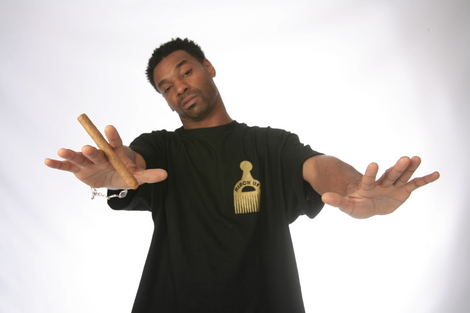 Such an amazing sleeper joint! Over a summer breeze Tom Scott loop and drum break, Chris Lowe details his obsession with a lady only known as Midnight Blue. Not sure what role the Ill Pedestrians served other than moral support, which is critical when a woman turns you out.

“Anyway sucker, mind your business. Can’t a man jones alone, yo what is this?”

I feel you, Chris.

Back in the days when I was a teenager, when I just stepped on to UMCP‘s campus and linked up with the O.G. Soul Controllers who really shaped me as a DJ, I hung out at WMUC every Friday night intently studying the mixing of DJ Dominator, DJ Shortcut, DJ Book and Van Dan.

One night Dominator (now known as DJ M3) dropped this joint in his set. I don’t recall it getting more than a few spins on the Soul Controller show but my tape of his set set off a ten year odyssey of searching for that record. After a decade, I tracked one down on RecordKingdom.com (R.I.P.) which I believe was based in Philly at the time, which is fitting since that’s M3’s hometown. A couple years later I snagged another copy on GEMM.com, a website that still delivers the goods.

And as rare as the record is, I would play out with those doubles. What good is having records if you don’t play them?