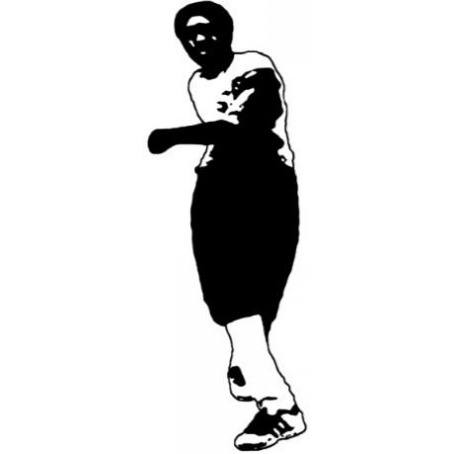 Tweaking the definition of “new joint” again, I offer “The Uprock” from the vaults, now newly available for the cost of a ‘like’.

Why? Nostalgia mostly. I recorded this on a trip to London a long time ago in a galaxy far, far away. By that point, the Uprock crew was already family to me. I considered them like a London branch of The Soul Controllers, and us a DC branch of Uprock. Ill Vibe is like that too, but I digress.

I was sitting on this bruk track, and we decided to make it into a posse cut on some futurist b-boy time. Hanging with Ty, Motet and Lyric L, someone had the idea for us to hunker down in the Uprock studios and knock this out for funsies. Everyone wrote and recorded their verses on the spot. Ty pretty much strongarmed me into writing too, as I was content to just be responsible for the beat, which was already done, so my work was mostly done, especially since Adam was engineering.

So I got back into rappity-rap mode for a bit. Those who know me may have seen this phenomenon before. Others who are new here are probably confused, and that’s ok.

This was going to be released. Got mixed down and everything. Then it didn’t get released. Because of my own slacking. As part of my ongoing maturation process, I own the responsibility for that.

But now I let this joint free, because why the hell not?

Check out the vid below for a bit of the magic captured as it happened.