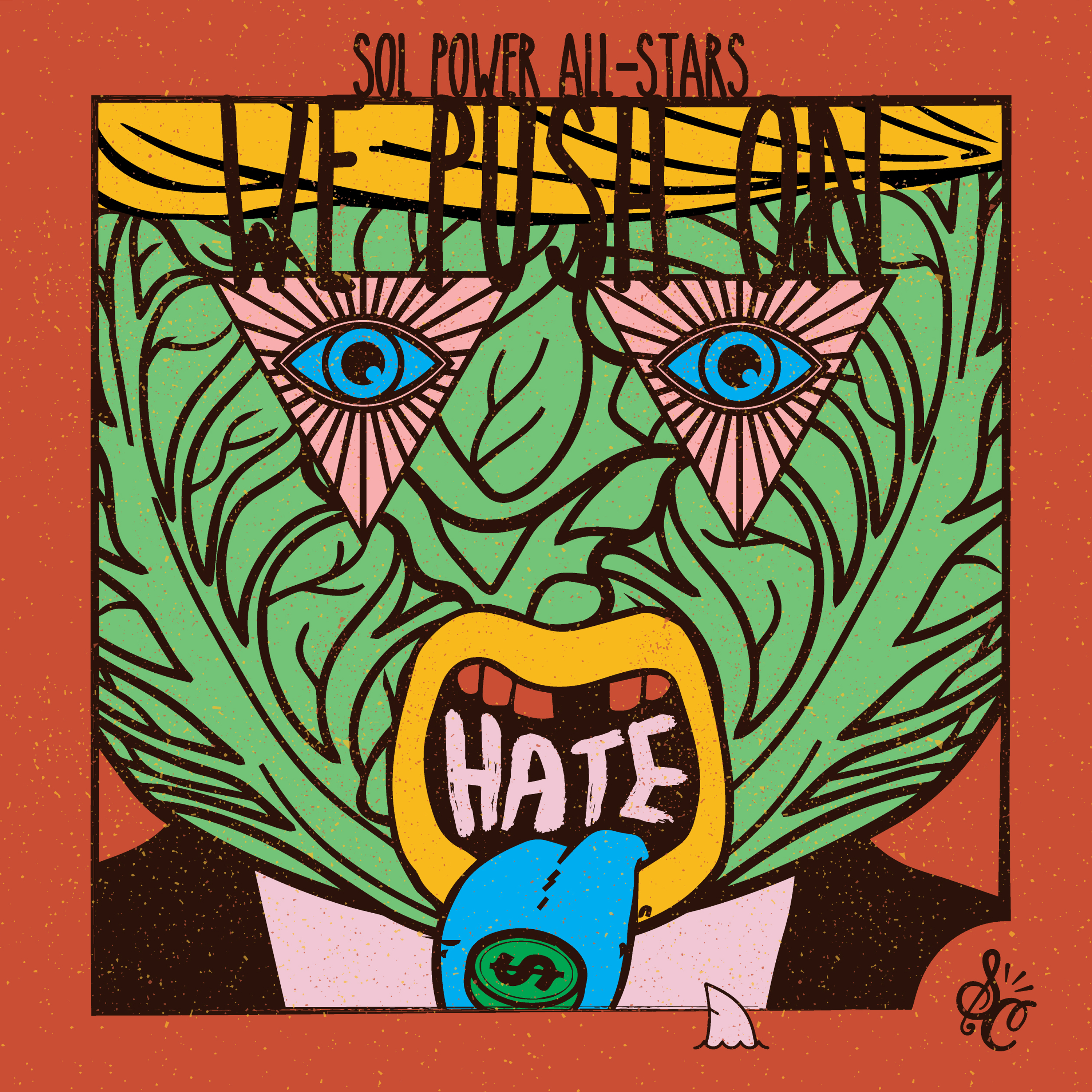 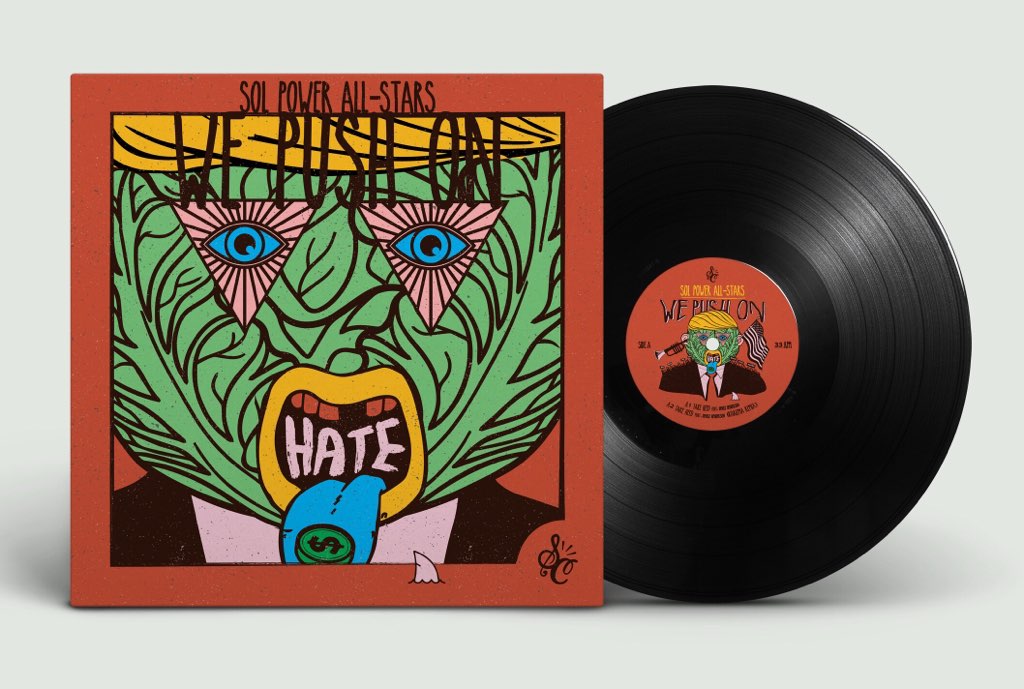 Your friendly neighborhood party rocking Sol Power All-Stars have been busy in 2019, but this project has an added urgency. 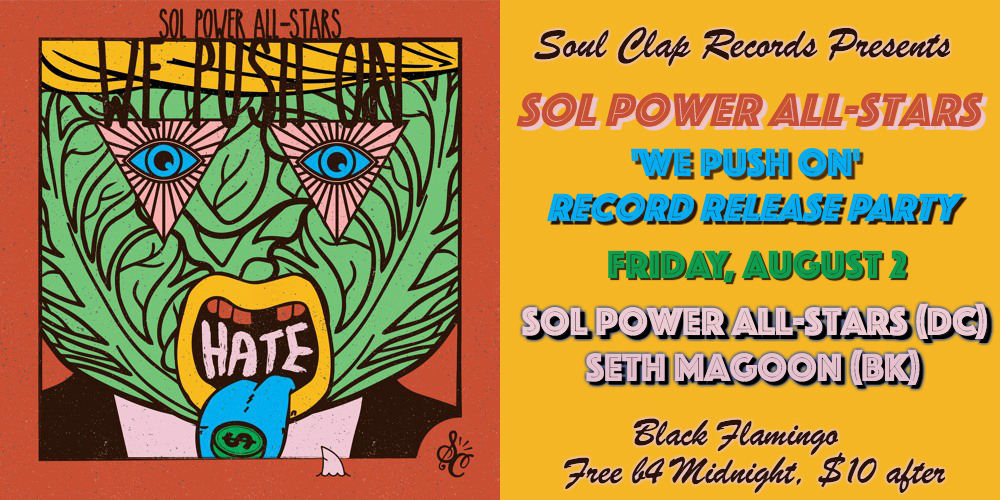 It’s not often that a record has a powerful political message and also works on the dancefloor, but Sol Power All-Stars’ We Push On EP on Soul Clap Records does that work. Following an acclaimed remix of Underground System earlier this summer, The Washington DC based afro/latin/house super-group drop their first original music on the label, a 12″ of summer slappers to move your spirit and your butt, complete with a powerful remix from Kaytronik (aka fellow DC/Baltimore area native Karizma).

The EP features two original vocal compositions and two dub versions aimed directly at the dancefloor. First up “Take Heed” features the powerful vocals of Denise Henderson over an acid-infused afro house beat, and takes it to the top with an uplifting organ solo. Kaytronik‘s Heed’N Dub loops the stabs and vocal into a tense, building workout for the dancers in the circle. The flip smooths out the beats, but keeps the message front and center with the vocals of Lenny Kurlou on “It Ain’t Right”. The horns and percussion lead on the original, while the Dubbed In DC Mix goes deep with the bassline and vocal loops.

More From The Sol Power All-Stars-

Politics, social justice, and dance music go way back (think classics like Jay Williams “Sweat”, Aly-Us “Follow Me”, and Machine “There But for the Grace of God I Go”). That said, despite the recent wave of white nationalism, xenophobia, gross corruption, and outright hatred and lies spewing from our White House, we haven’t heard too many records that call out the bullshit, voice our disapproval, or demand change. As Americans of conscience, this national nightmare we’ve been living since 2016 has taxed our mental health as well as our optimism. And we’re just a couple of decently privileged citizens who haven’t been separated from our families as children and locked in cages. What’s the point of making music in the face of that? Pierre Bennu of Exittheapple counsels artists to “say it with your work”. And every resistance movement needs theme music. So We Push On.

0 Replies to “Sol Power All-Stars: We Push On EP and release party”