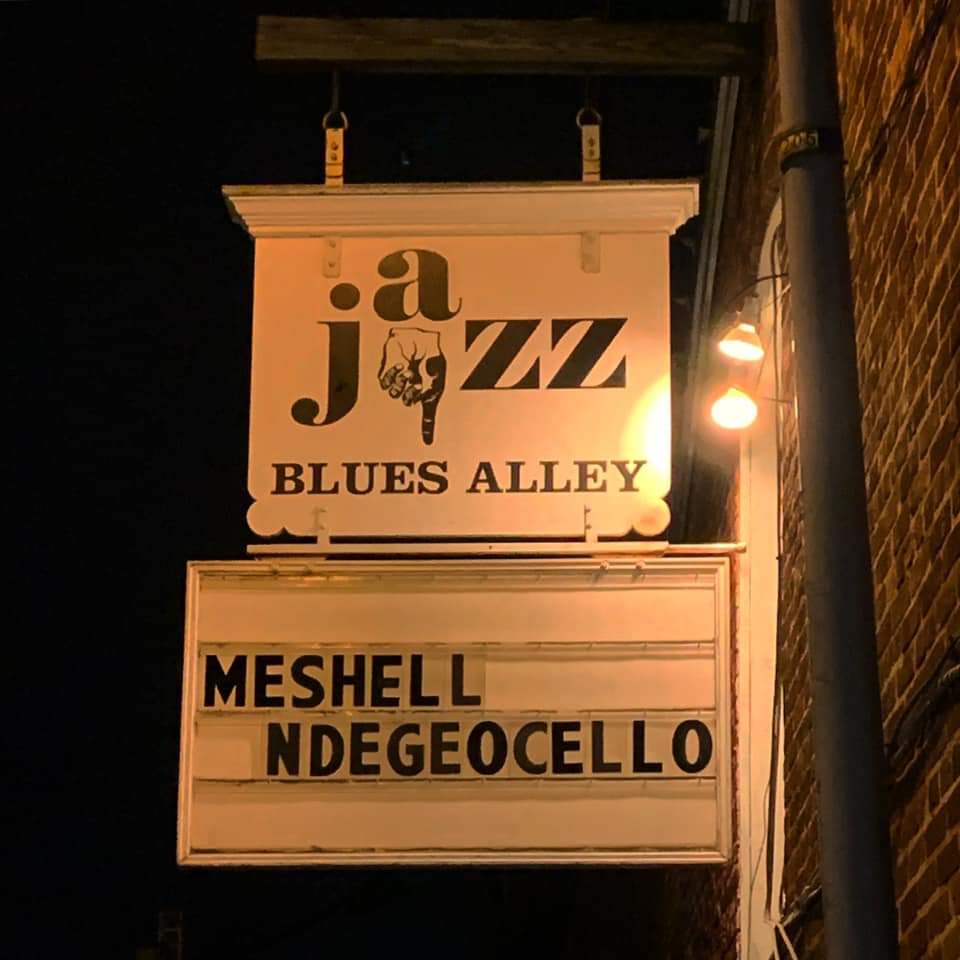 I was fortunate enough to catch the very last show of an eight gig DC run with Meshell Ndegeocello and a magical group of musicians. I had some thoughts (and feelings) about it.

The unit she used for this run haven’t been her wingmen for something like 15 years. And as hinted in the title below, she was digging deep into her back catalog, reflecting on how her older songs fit into a life story spread across multiple cities: NYC, LA, and of course D.C.

It was a homecoming, a reunion and a live memoir, with a unit heavy on chops AND feel. Meshell barely touched her bass, leaving the low end largely to Mateen. When she did play, it was just to add seasoning or engage in fun bits of conversation between two bass guitars.

Meshell’s presence was peaceful yet commanding. She’s a generous musician who plays with trust as well as space. I would love to see this unit play without a road map, or even without Meshell singing a word. But this run was about revisiting the past with acquired perspective.

She went all the way back to the beginning, playing cuts from Plantation Lullabies and Peace Beyond Passion. And she even closed with “Outside Your Door”, the fan fave that at one time was a drag for an artist that always wanted to forge ahead. Some fans where shouting for “Outside Your Door” even as Peña played the opening notes. Hearing her sing that in 2020 felt akin to the years that stans screamed for a Little Brother reunion to Tay and Pooh, but after many years and a reconciliation, they finally granted the wish.

But before Plantation Lullabies, young Meshell and Federico built up their skills playing go-go together in D.C. That made this reunion extra special for some of us in the room. I remember those Wednesday night jam sessions led by Peña with awe.

This group playing this material may never happen again, in a room that puts you a mere table’s width from the stage. If you were there, you know it was a bucket list show.