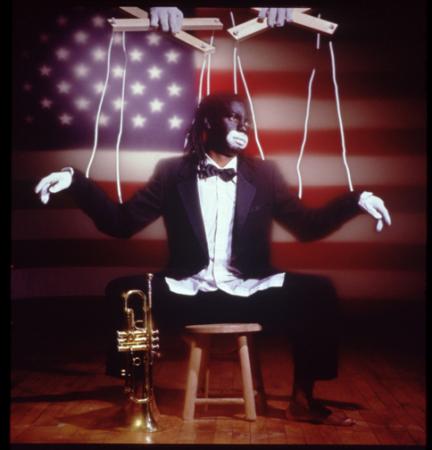 The homie Murph asks a question that has been haunting me for a minute.

Amazingly he’s launching this real talk missile from behind enemy lines. He’s definitely invested in fighting the good fight and I marvel at how he persists in the face of indifference.

In this case, his wake up call is too crucial to be ignored, even for someone like me who was devouring the Harper Brothers, Giant Steps and Headhunters in high school.

I don’t keep up like I used to. The last new jazz record I bought was indeed a Robert Glasper album, but it had been a long time since I sought out and tracked down the newest happenings in the jazz world. I still dig for classics but I don’t put in the same amount of work compared to the soul, hip-hop and electronic nuggets I’m always chasing.

I actually prefer to consume my jazz in the live setting. The dynamics of a jazz combo are more gratifying to me that way: observing how the pianist comps the changes, how the drummer embellishes the soloist’s lines, creating a push and pull conversation. Subconsciously though, there’s an element of doing my part to pay the life support bill. You can experience really great jazz for free in DC but occasionally I’ll pony up the big dough to catch someone who’s on my personal checklist of people I need to see. I’m acutely aware of the fact that few in my age range do the same thing, and pretty much no black people younger than myself have similar priorities.

As more and more jazz legends pass on, many of whom have labored in obscurity, I can’t help but see the future of hip-hop. It’s current state of inanity is rapidly digging a deep grave of obsolescence. By the time cats like Ken Swift, KRS-One or even EPMD are ready to take their final bow, will the generation raised on Weezy and Soulja Boy even care? Will black people ever acknowledge the amazing peerless career that The Roots have had or will they get one of those belated Lifetime Achievement Awards 20 years after their final record?

And if we really are on the way to discarding jazz like an old pair of shoes, there goes another huge component of a collective black soul that’s on its way to being a memory.