Remember this? Season 2 is coming.

Hip-hop legend DJ Scratch has been on tour for Smirnoff since he won the 2010 Master of the Mix final. Let’s show him how we get down in DC.

Scratch will be at Layla Lounge hanging out before the main event the following night. Limited edition posters signed by Scratch will be given away along w/complimentary Smirnoff (while supplies last). 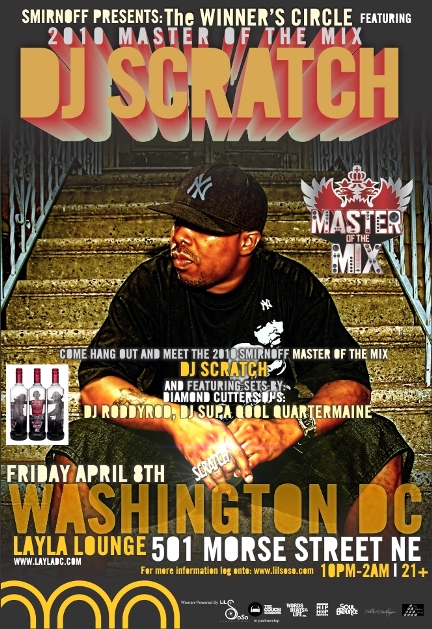 On Saturday, DJ Scratch will showcase his world famous techniques and scratching abilities. This is a party not to be missed! As well as myself, The Vibe Conductor, we’ve also got MoTM judge and super producer Just Blaze on the wheels. Like all great producers, Justin got his start as a DJ and still rocks it. Limited edition posters signed by Scratch will be given away along w/complimentary Smirnoff (while supplies last). 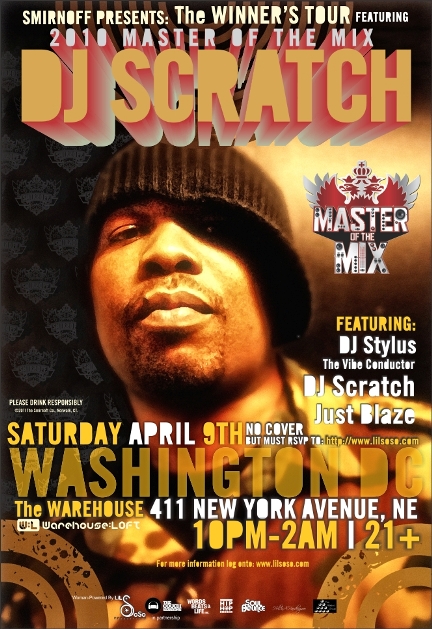