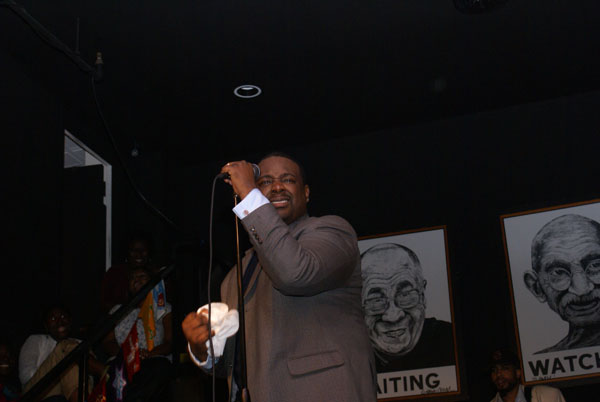 I’ve explained before that a prime motivation for what I do is attaining those all too brief moments of magic. Not dissimilar to a drug high, I’m always chasing those fleeting experiences that flood the soul, whether on stage, in the booth or in the studio.

Last night was one of those moments.

It ranks up there with my favorite memories of what our band of Maroons have been able to accomplish on the DC scene over the years:
– the Headphone Addiction release party at State of the Union (who remembers that? It was a milestone moment for me)
– the 10 year anniversary of Low End Theory tribute show at the Black Cat
– Poem-Cees, Infinite Loop & Team Demolition at the 9:30 Club
– Mark de Clive Lowe & Bembe Segue’s first DC show
– Alice Russell’s first DC show
– that night at Science Club right after Dilla passed that everyone poured their emotions out onto the dancefloor until 3am
– the Dilla celebration at XM
– Harlem In Paris

There have been so many… and last night will definitely be something that people will talk about for years to come.

After Wayna blessed the first INAS and set the bar pretty high, the Head Mistress and I kicked around a few ideas that didn’t come together for various reasons. Then I thought “Phonte! THAT’S IT!!!” Kat was immediately enthused. I just had to make the pitch to Tay Gravy.

It was clear to me. Take a creative dude with a huge personality and put him in the equivalent of a living room full of people that adore him. Give him free reign to stretch outside of what he’s known for and watch the magic happen. But it took some convincing. There was some concern about possible corniness. And how he’s not the comedian that people think he is (bullshit!). How LB joints wouldn’t lend themselves to an acoustic setup (wait ’til the video comes out). And what could he possibly do for 40 minutes? If you were there you are laughing hysterically at that last one. I think once we added Zo to the mix, he warmed up to the idea, to put it mildly.

With Zo leading The ELs in acoustic jazz trio mode and everyone in dapper finery, Phonte took the stage and gave a SHOW. On some supper club shit. Like when folks would get dressed to go to dinner and cats in the mold of Sammy Davis Jr. would pull from their singing, dancing and comedic/dramatic skills to truly entertain you. Like what our parents and grandparents experienced on Black Broadway back in the day. So it was truly fitting that it all went down on U Street.

With side-splitting monologues and pinpoint comic timing, Phonte wove together a set of Little Brother, Foreign Exchange and Zo & Tigallo Love the ’80s joints into a performance that had folks singing along, snapping fingers and rolling in the aisles. I can’t say much more than that because there are so many surprises that I wouldn’t want to ruin. And then there was the interview, which pretty much consisted of me tossing him easy underhanded softballs and him mashing them out of the park. There aren’t too many folks in hip-hop who can transfix a room just by sitting on stage on a stool and talking, whether it’s his hilarious impressions, rapid fire jokes or sober takes on life. And there was the after party. Two-stepping at Marvin and holding court among friends out on the deck. Good times.

Video soon come. And more plans to keep those memorable moments flowing. Much love to my DC arts community, the LSP crew for their professionalism and dedication and Phonte for being the damn fool that he is.

9 Replies to “When a plan comes together”