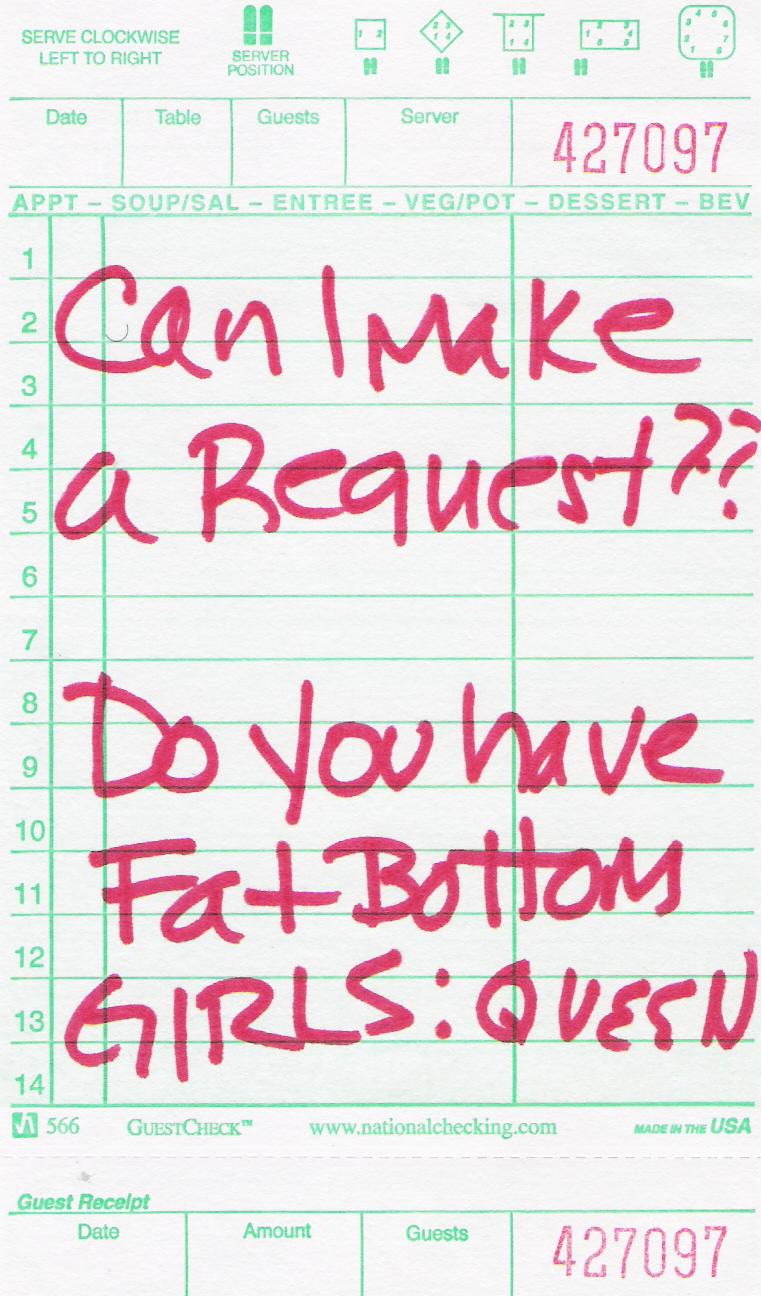 Another entry in an ongoing series about the realities, challenges, tactics and joys of spinning records in public for pay.

Inspired by a recent check-in on the folks over at Can You Play That One Song, I’ve finally decided to share a few of the missives that patrons have handed to me that didn’t end up jettisoned back at their foreheads in a wadded up ball.

As far as irksome behaviors go, notes to the DJ are far less problematic then singing at me, yelling out track numbers or waving a cell phone in my face. It still exposes some curious thought patterns that we can begin exploring in this space. There are so many layered assumptions and entitlement issues. Let’s take a look at one night’s selection of notes to the DJ. 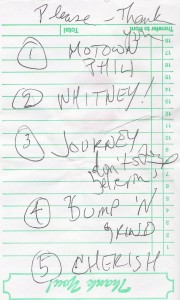 Is this chronological or priority order? I guess they were doing me a favor by giving me some options to choose from and opening with a polite salutation. I could have made their heads explode if I played a mash-up of all of these. I’m sure one exists.

A humble approach and a quality pick? Rare indeed so take heed on how NOT to make me hate you. 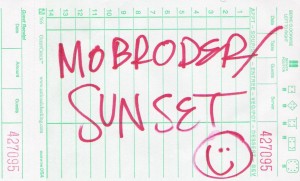 I’m clearly not hip enough to know what this is. This person was clearly pleased with themselves. 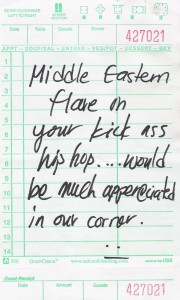 I have no idea what this even means. I’m going to assume the emoticon represents sarcasm. 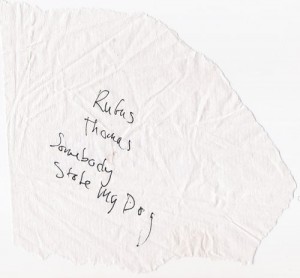 This must have had no other purpose than to elicit a chuckle. Well played.

I saved the best for last. I love the exaggerated greeting that attempts to mitigate what follows. I don’t know who’s going around telling folks that DJs really care about your birthday but you might want to let that one go, unless you’re cutting checks. And there will never be Drake’s “Fancy” at an underground classics party that I’M playing. Not even if a tiddy pops out of your leopard print.

Stay tuned for more of these to come…

5 Replies to “Notes To The DJ: Help us to help you”