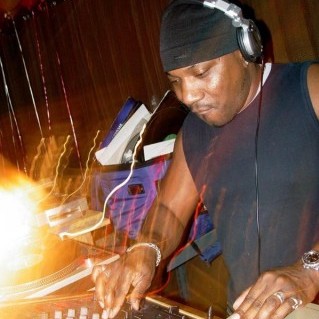 I mean, how is it that stupid people ALL OVER THE WORLD all end up reading from the same script when they decide they want to inflict psychic pain on you while you’re trying to rock the party?

I’ve built upon this with scores of my DJ colleagues and the uniformity of the stories is fascinating. Someone has to do a psychological study on it. I’ve collected tons of data first hand over the years. Is there some shared genetic defect in stupid people that is triggered by a nightclub environment? Does that have to do with the fact that stupid people are statistically more likely to go out to certain clubs? It’s like a perverse feedback loop of causality. Do they all get together in a huddle before they come to the club to maximize the annoyance factor of their strategy? Perhaps it’s a conspiracy waged by an international cabal of stupid people with the shared goal of driving all DJs into early retirement.

The one that makes me want to beat myself in the forehead with a ball peen hammer is:

“Everyone wants to hear it.”

I’ve actually asked folks if they really polled the whole club to arrive at this assertion, just like in the song. Things usually go downhill from there.

I’ve grown pretty heartless over the last couple of years. My patience has been worn away to a cold, hard steely sheen, especially because there’s something about DJs that make people want to heap abuse on us in ways they would never dare in any other aspect of human interaction. Folks consistently say things to me that would automatically earn them a punch in the mouth if I weren’t behind the decks. Of course, I can’t do that, even if it’s warranted.

But woe unto the clubtards that approach me these days because I don’t hesitate to dispense liberal doses of non-violent face crack. And it doesn’t matter how fat your ass is and how much cleavage you jiggle in front of me. That will actually make me more likely to hurt your feelings. It’s funny to observe the strain on the faces of attractive women who can’t process the idea of a heterosexual man telling them no. Actually, that applies mostly to an environment where the primary goal of every man is to catch their attention.

Despite the effective coping mechanisms I’ve developed, I’m looking forward to sharing this song in a set. Thanks Andre.

1. PLAY SOMETHING GOOD…SOMETHING WE CAN DANCE TO! First of all, the DJ has to play for more than one person…so, what you may hate may be another’s favorite song EVERYTHING played here can be danced to one way or another.
(Stylus: How the hell do I know what YOU can dance to? I don’t know YOU like that. The companion to this one is “play something we know.” WTF?!!!!??? *facepalm*)

2. WOULD YOU PLAY SOMETHING WITH A BEAT? NOW COME ON LET’S BE SERIOUS! We know of NO song that is played in a club that don’t have some type of a beat!

4. EVERYBODY WANTS TO HEAR IT! Oh sure, I’m sure you went though the club and polled EVERYONE and now they sent you as their spokesperson, to request their favorite song. What ever get out of here…

5. I CAN GET LAID IF YOU PLAY IT! If you are GOOD ENOUGH, you can get laid to anything!! If you need ME to play a song for YOU to get laid, then you’ve got serious problems.

6. I WANT TO HEAR IT NEXT! The only people who can get away with that statement are the people that write the DJ’s paycheck! Plus more often than not, the DJ already has the next song already cued up and ready to go to the decks, we do not have time to look for your favorite song.

7. I DON’T KNOW WHAT I WANNA HEAR…WHAT DO YOU HAVE? It’s a lot easier for you to go have another beer and figure out what it is you want to hear than it is for me to recite and name EVERY record I Have with me in the booth right now. Also don’t ask for a song list! I don’t know of any DJ that has an actual printed list of every song with them in the booth so like I said go get a beer hit the dance floor back up the bar.

8. HEY YO, NOBODY CAN DANCE TO THIS! It is not advisable to say this when the dance floor is packed (but, some people do anyway)! However, even if there is only ONE person on the floor, it STILL contradicts this statement. You’re just being rude. Have an open mind about music and go dance or just sit down.

9. EVERYBODY WILL DANCE TO IT IF YOU PLAY IT! Half the time I hear this, no-one goes to the dance floor except for the person that asked for it, and when they realize they’re the only one that wanted to dance to it, they bail off the dance floor. If you ask the DJ for a dance song and don’t dance to it, expect the DJ to ignore your requests for the rest of the night.
(Stylus: It’s not half the time. More like 100%. And I will call you out on the mic and note that “this bamma bothered me to play this song and no one wants to dance to it.”)

10. MOST IMPORTANTLY! If you’re at a club or an event that doesn’t play any hip-hop, don’t ask the DJ do you have any hip-hop? Just go outside to your car and turn on the radio or go home and watch MTV!
(Stylus: This is one of the worst and most common ones. Did you not know what club you were going to before you arrived?)