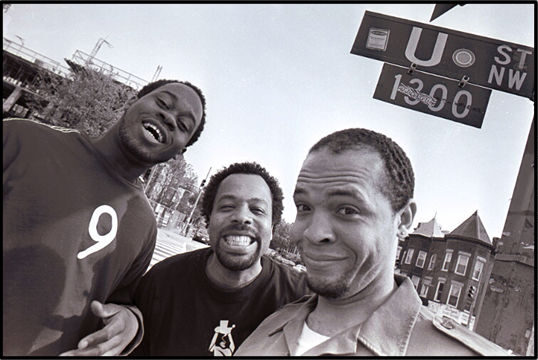 In 2000, I was three years out of undergrad and juggling a life where I never slept. I had my 9-to-5 by day and by night I was working a major side hustle, making beats, recording demos, rocking DJ gigs, performing in shows and attending many more. I’d been deeply immersed in the Washington DC U Street scene since 1995.

By the year 2000 I was living in a group house that was essentially a massive vinyl library, rehearsal space and project studio. There wasn’t much domestic sophistication beyond those purposes. I was recording and performing with at least four groups and contributing to an explosion of creativity that still shapes me to this day.

In the blink of an eye it seems, it is now 20 years later. Most of us are still here and we hold the ones who are not tightly in our hearts. Even better, everyone is still making quality art. And the grey we’re sporting are marks of prestige. Two decades is a good time to reflect on some recordings having a milestone birthday this year, one of which I penned liner notes for and is newly available after only existing on CD burner output sold at shows the year it was recorded.

I was exposed to spoken word for the first time in undergrad. And back then, the best of the best held court at a small cafe in Georgetown called It’s Your Mug. That same year I first witnessed Toni Blackman‘s Freestyle Union, the incubator and proving ground for improvisational rap in D.C. Both experiences pulled me in from the periphery to a participant. 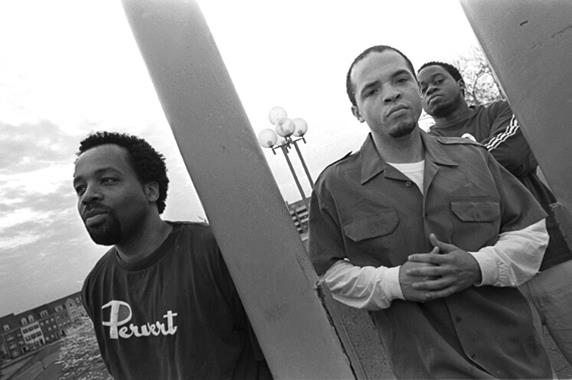 A crew called Generation 2000 had feet simultaneously planted in rap and spoken word. One member was soliciting tracks for a project outside of G2000. After a Freestyle Union cipher, I gave him a beat tape. Shortly after he asked me if I wanted to be the DJ in a new group. And that’s how naturalaw-dp, Black Picasso and DJ Stylus became POEM-CEES. We didn’t dive into recording first. The priority was doing shows because that’s what mattered. We decided our first release would be a live recording, but that fateful night at State of the Union the plan fell victim to an ADAT failure. I.O.U. Street was the plan B and dropped in the year 2000.

By 2000, another group had emerged in a sea of amazing acts performing every night of the week. They were part of the Duke Ellington cohort, a few years behind me in age and mobbing out on U Street anywhere there were stages to be ripped. Miscellaneous Flux defied all categorization, with a duo of a galactic lyricist and adventurous guitarist who assimilated every influence they’d ever been exposed to. They asked me to write the liner notes for the re-release of 2000’s Miscellaneous Flux EP.

If you were a Flux fan from 1998-2005, you might struggle to explain your enthusiasm to those who were unfamiliar, as they were the unexpected linkage between disparate corners of your record collection.

Eventually you stop describing it and take your friend to a Flux show for simultaneous face melting and mind expansion.

Genesis of the Flux – by Rhome Anderson

Back to those Ellington kids. They were out here heavy, crushing Freestyle Union ciphers while they were still in high school, eventually pulling in mc’s and producers from beyond their school into a super crew called The Amphibians. Rashad Dobbins of Miscellaneous Flux sharpened his bars with this clique. They dropped a cheeky 12-inch called “Lettuce” that had a nice run getting college radio spins. That track as well as its B-side “Journey” are collected on Breathe, a newly assembled album of Amphibians archival material.

There are so many more stories to tell from the broad family of artists who grew up together during a magical time. It just so happens that 2020 is a tidy milestone for these projects to celebrate their 20th birthdays. Cop them on Bandcamp, which is currently the best outlet for artists to get maximum value for their output.