I’m increasingly known for an eclectic DJ’ing style and a crotchedy nature about the state of hip-hop so after reflecting on this past year I’m really surprised that most of my favorite tunes of 2007 are hip-hop cuts. I guess things aren’t so bad and there is a place for you if you choose not to superman any hoes.

And now, since all the cool kids are doing it, here are my joints…

Kardinal Offishall – Crookless Dodgers ft. Voyce (download)
Kardinal and Clinton Sparks’ Do The Right Thing mixtape got me so amped I almost threw a garbage can through a plate glass window. It’s so inspiring to me that cats like Kardinal, Skillz and others who I was checking for at the beginning of the early ’90s indie hip-hop explosion are making their presence felt stronger than ever despite the poor health of the industry. You’ve got breakout stars like Common who was in that same peer group back then but then there are dudes like Kardinal, one of the most underrated cats to spit and scarily, he’s still getting better. 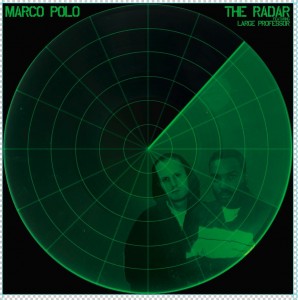 Marco Polo feat. Large Professor – The Radar (Remix) (listen/purchase)
I slept on Marco Polo’s Newport Authority mixtape and his Port Authority album although he was getting buzz everywhere. My pile of “stuff to listen to” just got too big in 2007 and I never got around to it. I was banging his “Electric Relaxation” cover with J*Davey and that crucial joint he did with Masta Ace but he breaks fool with the sinister funk he gives Extra-P.

Pharoahe Monch – Welcome To The Terrordome (listen)
See my comments on Kardinal. Pharoahe is one of the greatest lyricists hip-hop has EVER seen and Desire is a snapshot of his abilities on a still rising trajectory. I dare anyone else to try to cover a P.E. classic better than this. 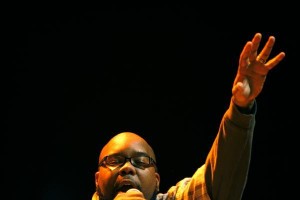 Kokayi – Know Us Mayne (listen)
Another theme in this list is that DC artists are still knocking out amazing music while toiling in obscurity. This banger off of Kokayi’s solo album (purchase) is a DC anthem for all of us who have loved him for years and a great introduction to his humor, grit and unique vocal character for those just coming aboard. 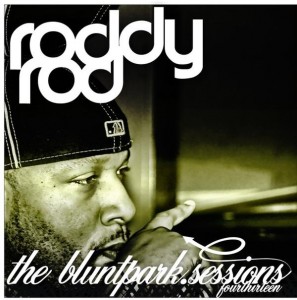 DJ Roddy Rod – Take In Stride (listen/purchase)
I tell him this all the time but it’s really not fair that Roddy can cut it up on the decks, bust rhymes, knock out ill beats AND create multimedia with the best of them. Get a load of him starring and bopping about in his self-directed video for this joint. I’d be hating if he wasn’t as genuine as he is talented. His bonafides go waaay back to remixes with mid-’90s R&B producer All-Star and multiple releases from New England’s finest Maspyke. He’s also been repping for the D(eecee)M(aryland)V(irginia) for the last few years and we’re more than glad to have him and his phenomenal Blunt Park Sessions album. He doesn’t only do retro-futuristic b-boy music either. Check out Cuba After Market for Roddy’s uptempo electronic side.

Oddisee – All Because She’s Gone feat. Phonte (listen/download)
Again… DC STAND UP!!! Just google him. The Halftooth releases, the Foot in the Door joint. Cop all of it. This cut here is a special treat from exclusive material available on another one of those fortuitous developments of the modern underground scene, the free mixtape. I couldn’t pick a favorite song off of the phenomenal Getback album so it’s great that LB slides into this top 10 in the form of Phonte’s contribution to this Oddisee track.

Q-Tip – Work It Out (listen)
Q-Tip’s journey has been chronicled a lot over the last couple years but it doesn’t get any less inspiring. Tribe’s amazing legacy, a crucial solo album, personal upheaval in the loss of his home to fire and two albums scuttled by major label buggery. Through it all his own music has been following an ever more pleasing path down a road of organic instrumentation over crunchy beats and Tip’s trademark charisma. Some folks frowned upon the club treats on Amplified but as a DJ who traffics in the art of moving butts, I welcome all the smart, slick dancefloor jams I can get. If “Work It Out” is any indication, Tip will continue to oblige.

UGK – International Players (feat. Outkast)
I tend to highlight the underdogs and the overlooked but even though this song and its stellar video got all the shine it deserved in ‘07 I couldn’t leave it out in favor of a more obscure pick. It’s just too good. Andre 3000 is back in the rhyming game full force and this joint speaks to what lurks deep in the hearts of men, high-minded and ignorant elements alike. Rest in peace Pimp C. 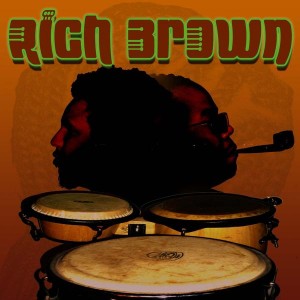 Rich Brown – So Many (MDCL Remix) (listen/purchase)
This is the pick that will not only preserve your sexy but enhance it. Your pheremones will increase in potency just by listening to it. If you play this in the car on a first date you might get laid. At the very least you’ll score huge brownie points and send your companion scrambling to write down the title and wondering how you got to be so cool. I’ve long been a big fan of Mark de Clive Lowe but I’d never heard of Rich Brown until this cut busted me upside the head (thanks for the tip, Jamil). Then I played it for like a week straight in my iPod. Haven’t dropped it in a live set yet, I don’t want to be responsible for any public indecency.

4Hero – Something In The Way (listen)
The Play With The Changes album accompanied every road trip I took in 2007. The repeats on this cut in particular would have popped the tape or broken the rewind button in the old cassette days. The release of every 4Hero album is an event. The anticipation I had for this record was only eclipsed by how smitten I became with this one gem in a collection of sparkling jewels. Changes indeed, the chord progressions are what really slay me every time. Loving you too, Bembe.