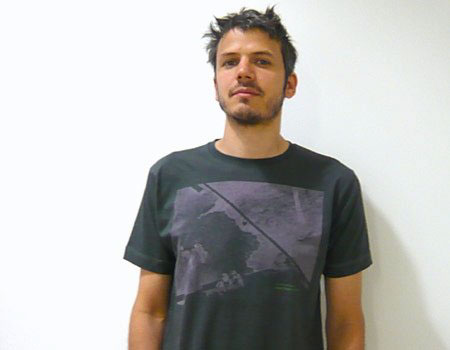 The title quote comes from a pretty ill interview with Roctakon over at the Turntable Lab blog. Reading it got me reflecting on the choices I’ve made in my DJ career, the state of the art of dj’ing and the environments and markets in which we practice this craft.

But first, some back story.

I remember Roctakon from the ’90s in DC, when he was working at 12-Inch Dance Records, battling with the O.G. Goonies crew and dropping mix cd’s. All of us had tight backpack straps and lived to juggle doubles of pretty much anything that was recorded in D&D Studios. Dirty Hands was still DJ Static, The Trooperz were repping in DMC battles at the old Black Cat and State of the Union was in its prime. Eventually Rocktakon moved on to Turntable Lab in NYC, downplayed the scratch nerdery and started building his name on the club circuit. Turntable Lab got its weight up as a brand and business and started transitioning from its turntablism niche into a driver of hipster DJ culture.

I was also expanding beyond my purely underground hip-hop background but in a different direction – away from the popular trends towards deeper soul, house, electronica, funk, world music and the like. I gave up my big room mainstream club aspirations as other peers of mine dominated that lane just as the music was becoming increasingly unbearable.

So considering that I come from the same scene (that now feels like centuries ago) but went in an entirely different and non-lucrative direction, Roctakon’s screed is a pretty fascinating assessment of a world that I don’t really encounter but check in on occasionally.

It’s stuff that I know but I’m not living day to day.

On the worst place to dj:

I’d say the current manifestation of bottle service clubs in NY is one of the worst scenes ever. I mean its dead but nobody will admit it, they just try and keep it going, its like going to dj a funeral, but nobody will look at the body. 1Oak will stay around and so will the B&T spots but the rest of ny bottle service will die in the next year or so and i say good riddance.

On life as a touring club dj:

Its lowest common denominator shit like you just end up playing Move Bitch and Party Up by DMX its miserable..

This is a popularity contest and don’t forget it. being nice and kissing ass and knowing the right people and being likeable…

Dude might be experiencing burnout, and I’d counter some of his assertions that creativity doesn’t matter in the commercial world with examples of really skilled and technical cats that can rock for the boo-boo heads, but… he’s dropping mad nuggets of truthiness in this jont.