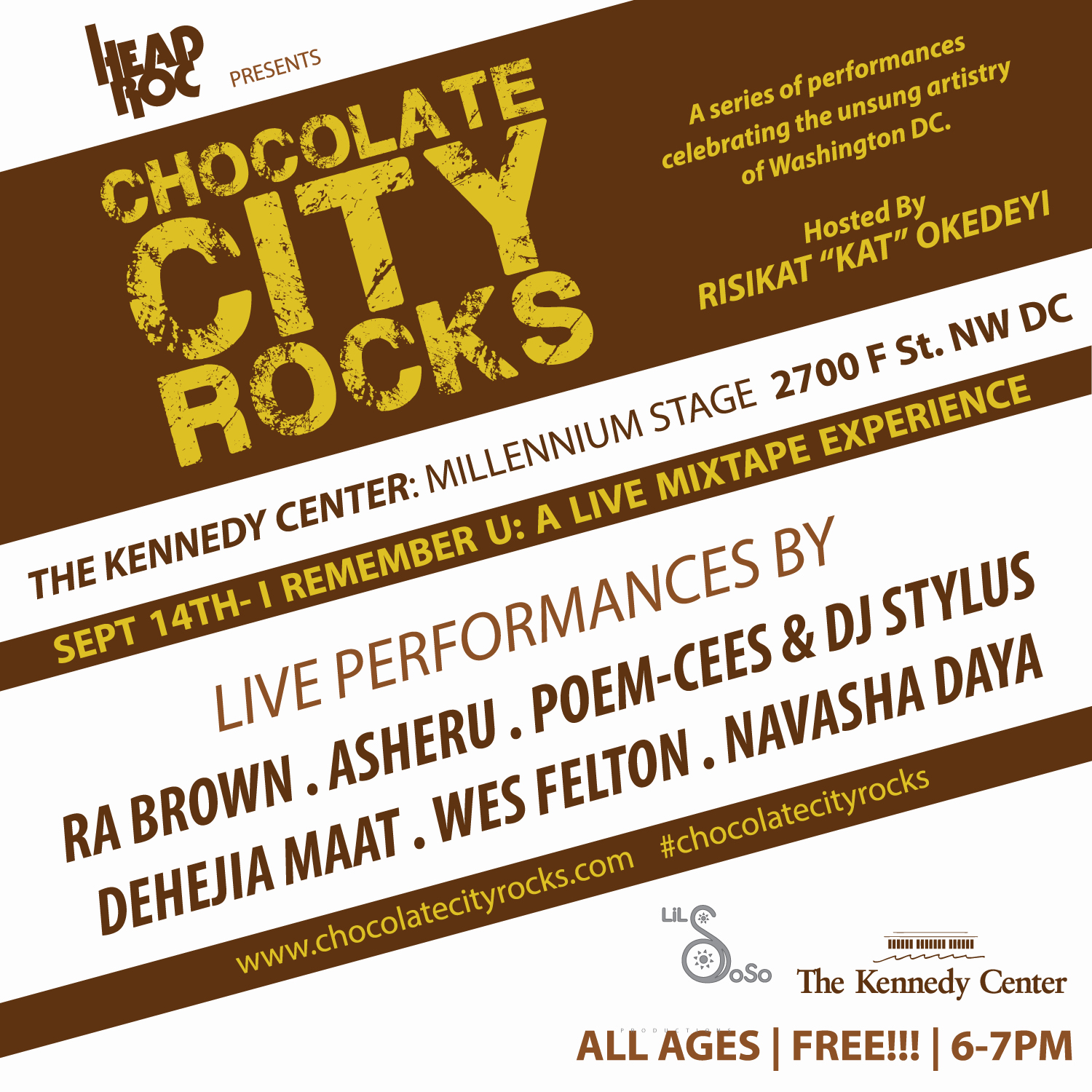 In 1995 I saw the Freestyle Union for the first time on the campus of UMCP. Blown away by the combination of musicianship, agile emceeing and improvisation, I made my way down to U Street to discover more at their Kaffa House home. That began my immersion in a powerful arts scene that produced a legion of amazing D.C. artists, changed my life, and created a family to which I’m still connected.

During that time, I learned that what we were doing with our hip-hop, jazz, house music, reggae, go-go, soul and spoken word was preceded by the original stars of Black Broadway. That historical context gave our movement a greater sense of pride.

As part of Head-Roc’s Chocolate City Rocks series, a number of my peers came together to celebrate the era that groomed us into the artists we are today.

11 Replies to “Video: I Remember U – A Live Mixtape Experience”