The end is here. Vikter Duplaix vs. DJ Scratch in the Master of the Mix final.

So we’re wrapping up the series with a London/DC party rocker combination package, as well as the final episode on the big screens, free drinks courtesy of Smirnoff, a catered buffet and the return of the DJ culture documentary lounge. 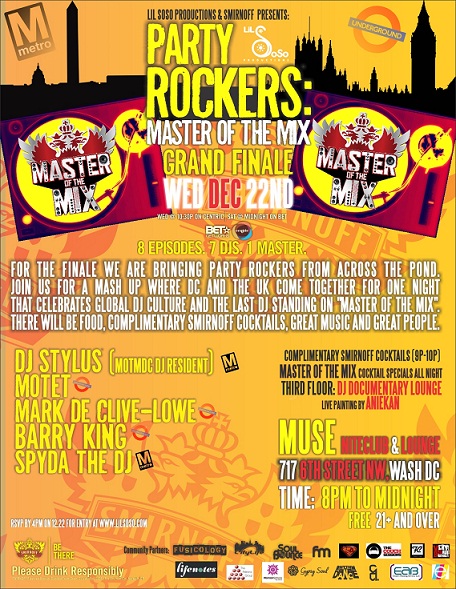