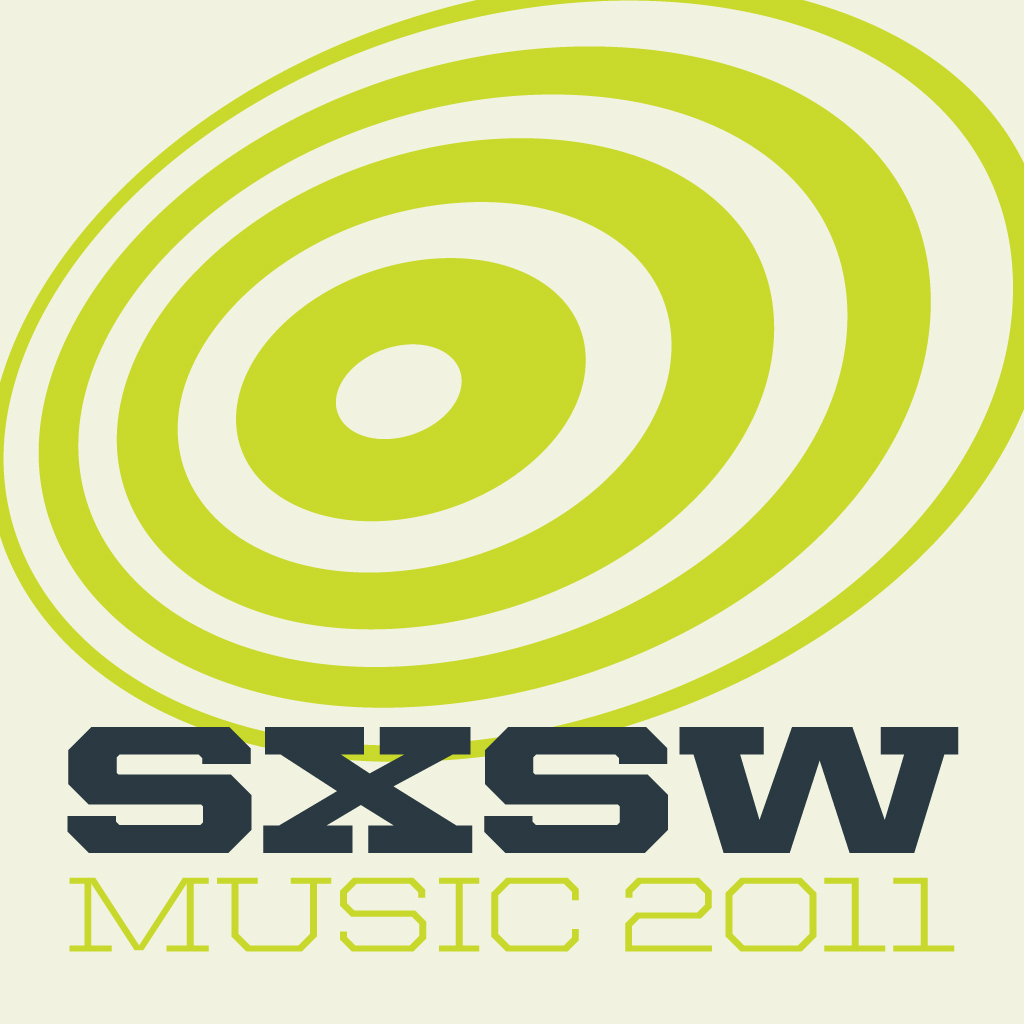 I went. I saw. I overindulged on food trucks. I also survived several nights of this:

It was my first time, and with all things late pass related, the prevailing wisdom is that the best days have passed, despite SXSW 2011 being the most attended in all of the event’s 25 years. Assessments of shark jumping are usually based on the indie spirit giving way to mainstream tastes and corporate control. Or in the words of the homie Phonte: 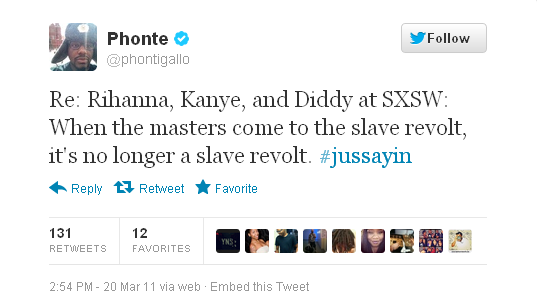 I can dig it. Kanye threw a massive, “secret” concert on Chevrolet’s dime, Pepsi turned an entire city block into a brand awareness playground and I drank gallons of free Miller Lite. But there were still weirdos who would never have any connection to sponsorship or a record label playing in every nook and cranny of the city. And a festival that started out focused on rock music has gradually been making space for hip-hop as well as DJs and electronica. Regarding how the music game has changed, the genie can’t go back into the bottle. But if one is looking for a new business model, SXSW may hold some clues. 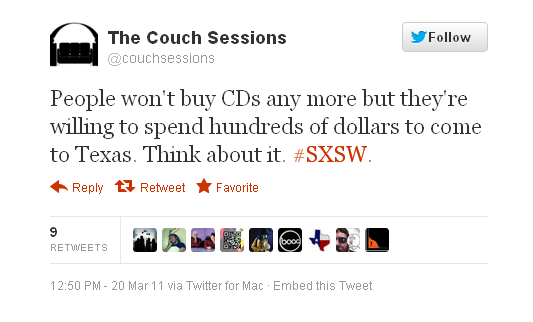 I also must add that for an event of its size, SXSW was very well run. Being an official showcase artist resulted in some great perks. (thanks, Senari!)

If you’re not familiar with my WMC exploits, SXSW is similar, where one must maintain a breakneck pace to keep up with all the fun to be had and talent to be discovered. Since my rookie status required me to acclimate, I didn’t go as hard as I should have. So this roll call is of Artists I Regret Missing Whom You Should Definitely Support:

…in 2011, you don’t go to SXSW to discover your new favorite bands. You go to see if they can do justice to the MP3s you’ve been gorging on all winter.

So I did end up seeing artists I’ve seen before and had long since been stanning for. Missing new folks in order to see Kokayi, Black Milk, Quadron, J*DaVeY and Little Dragon deliver exceptional sets in Austin was worthwhile and scratched my fanboy itch.

But I’d be remiss to travel all the way to Texas to only see folks I already like. The best experience I had seeing someone for the first time was an intimate, front porch performance by Meklit Hadero at an Ethiopian restaurant in East Austin. Her mix of jazz and folk was the perfect set of nuances and depth to balance out the frenzy of everything else happening during the week. As noted above, DJ’s are gradually infiltrating SXSW. I didn’t get to check out nearly as many as I would have liked, which meant not enough dancing to balance out standing around and watching shows. DJ Jaycee‘s set at the Two Sevens Clash really stuck out for me. I missed DJ Nu-Mark, who was superb from what I heard. But ATL’s own Jaycee told a seamless and funky story with the contents of his 45 case. Very classy, and also my first time seeing him spin. Also notable was witnessing Cousin Cole, Tameil and Tim Dolla demolish shit at the Baltimore Love Thing. I pretty much abandoned B-more Club once the hipsters latched onto it years ago but observing some masters put it down made me consider re-introducing club to my arsenal.

…and a couple demos from DJ Big Wiz at the Serato booth. Learned a lot very quickly about The Bridge, Video-SL and adding MIDI controllers to your rig from a cat whose chops I’ve been studying for a number of years. I’m proud of myself for not shoplifting that SL4.

As for my actual SXSW gig, it started out slowly with the Sol Power All-Stars rocking to a scarce but appreciative group of early birds, and ended with Nadastrom on some punk rock shit throwing beer, breaking things and setting off mosh pits. In between I was most impressed by DJ Sabo and Toy Selectah. Definitely looking forward to rocking with all those dudes again.